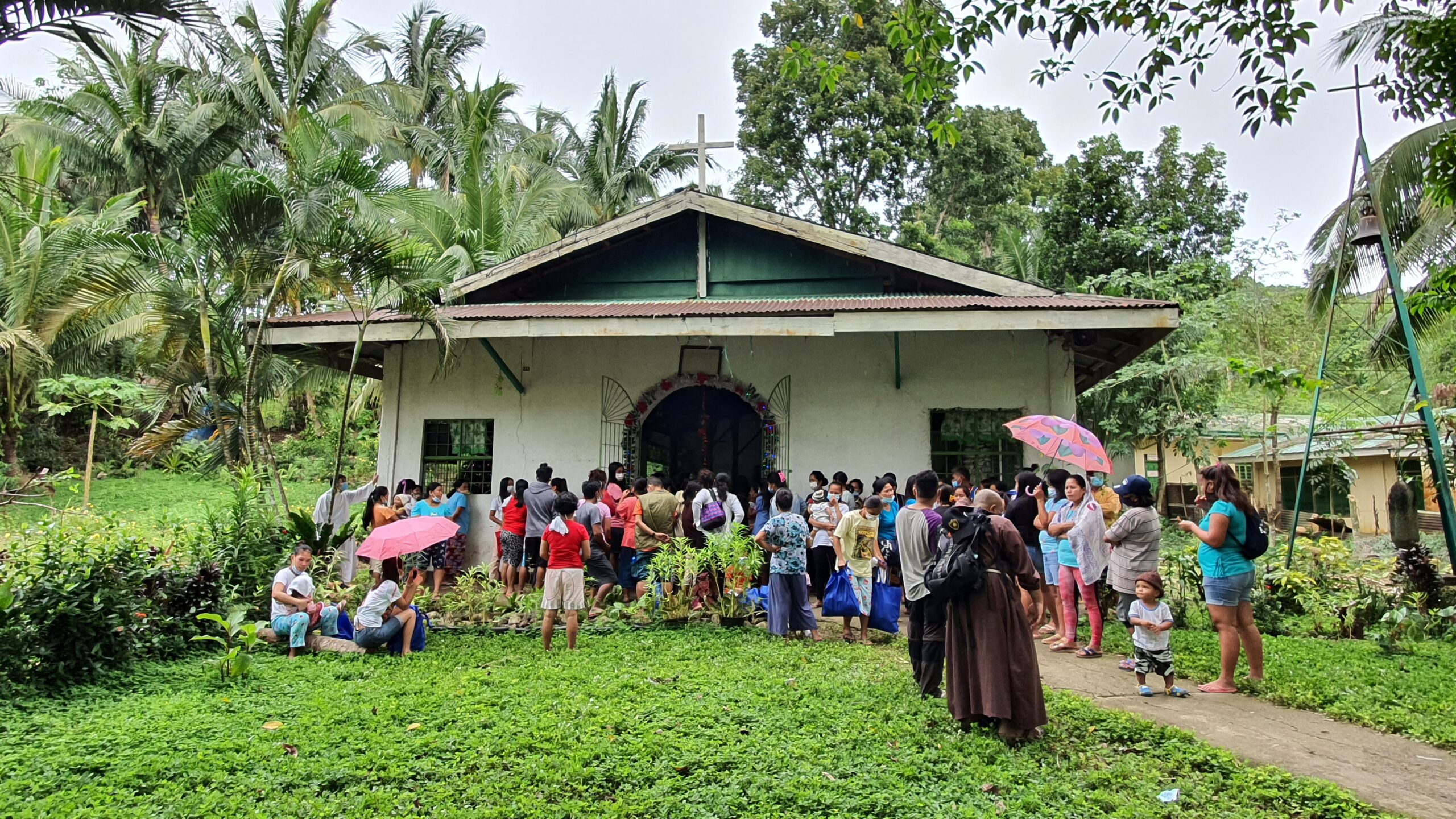 Francis’s spirituality was ever practical, concrete, and tangible and his faith life involved his entire being. Francis needed to enter into that human-divine mystery by seeking to see, touch, feel, and make present the events of the human life of Christ. He couldn’t just think or talk about the life of Christ; he had to live it. He needed to be close to his Savior, to live the Gospel fully, and to retrace his footsteps with his mind, body, and spirit. He meditated constantly on the historical life of Christ: Christ’s words, his deeds, and important life events — especially the humility of the Incarnation and the charity of the Passion.

So in 1223, just three years before he died, Francis did something entirely new: he wanted to make the Incarnation come alive. And this happened in Greccio — a small village in the Rieti valley near Rome. Francis called on John of Velita — a local knight from Greccio who was his follower in the Third Order. He asked him to find a way to demonstrate the inconveniences of the circumstances of the Savior’s birth — to show how he was born in a manger with hay and an ox and donkey nearby. I Cel30: 84-86. Word spread that something new was going to take place. People came from all over the valley and beyond. A thousand torches illuminated the darkness in a long procession over the fresh snow on the road from Rieti to Greccio. They were friars and clerics, nobility and commoners, and more. They were pilgrims, faithful, in addition to some who were just plain curious. When Francis finally arrived, his heart was elated as he rejoiced at the crowds. When he looked upon the manger and the animals, his heart melted and he was overjoyed: simplicity was glorified; poverty was made rich; humility was exalted. The brothers sang, the laity praised God, even the animals were jubilant. Bethlehem was in Greccio. In the stable at Bethlehem, Francis could touch and caress the Christ child — like Simeon in the Temple. In everything, there was solemnity, beauty, and joy.

January 9, 2021 – The Capuchin Brothers, namely Bros. Michael Angelo Flores, Mario Mortalla, Allan Samson, Vincent Paul Bitong, Jasper Española, Joenifer Ygonia, Kevin dela Cruz, Roy Arasan, Jeff Namo, Paul Vincent Perlado, one of the Councilors and Br. Edgar Martinez, our Provincial Minister went back to Daraitan to give numerous food items, kitchen utensils, toiletries and RTW clothes. We were also graced by the presence of our Interfranciscan Youth Commission (Franciscan Youth Advocates) who’d brought gifts for the children and will help us to record the Eucharistic celebration with the native faithful and will serve as choir too.

We arrived there with a great challenge of transferring the goods, thanks to the effort of the natives and the LGU there we were able to transfer that huge amount of goods to be given away. We made alive again the spirit of Bayanihan in us which made our work a whole lot easier. We’d to cross the river, passed by the super rough roads to our destination, San Jose Ama Catholic Chapel. After arriving there, the people warmly welcomed us, and altogether put the goods inside the chapel. Everyone’s beaming eyes were visible (because we can’t see each other’s smiles as we wore face masks) for they will be experiencing God’s love through charity and more so, the Holy Eucharist, once again.

It was the Greccio Experience all over again, the friars, the Dumagat faithful and other members of that community, the youth were all there gathered to witness on that cold and beautiful morn, the Humility of the Incarnation and the Charity of the Passion. Br. Egay presided the celebration concelebrated by Br. Paul Vincent, the Youth as the media team and choir and Bros. Jeff, Jasper and Vincent Paul as the acolytes. The chapel is full of the young and seasoned, all attentive on the liturgy. It was solemn, simply elegant and full of joy.  The mass was broadcasted via live stream for it was also the day of the online Inter-Franciscan Greccio Celebration.  The sisters and brothers of the different Franciscan congregations were united with the Capuchins and the community of Daraitan through the blessings of communication techonology.

After the Eucharist end, Br. Egay got the image of the infant Jesus at the altar and blesses the people, the kissing/venerating the image was not possible to implement health safety protocols. Everyone was in awe and in joy as we refresh in our minds and our hearts the spirit of Christmas. Gift  and goods giving went straight after the Holy Mass, with of course physical distancing; the parents received the material goods, the children on their homes was entertained and given gifts by our Franciscan Youth and the Dumagat youth of that chapel. Everyone went home happy and in awe. The Brothers and youth had a little treat with a refreshing buko which one of the Kuyas there gladly offered help to open up the bukos; even brothers opened their own extra bukos! We had our fill of packed lunch and went home, returning to that super rough road and river crossing, had a little hiking towards back our transportations. Every single person on that encounter surely touched by God, felt his love, and inspired to move on another page of our lives every day, whichever way of life it is. It was indeed a blessed day as the spirit of Greccio became alive as the community of Daraitan experienced the meaning of the Lord’s Incarnation through the solidarity of the Franciscan family and the people who helped them.