The word “spirituality” means to be concerned with religion or religious matters, and a way of relating to God. The Capuchin Franciscans have a unique spirituality rooted in the life and example of St. Francis and the inspiration of the Capuchin Reform.

The fraternal Gospel life is the unifying identity of all Franciscans. The Capuchins, desiring to return to the original inspiration of St. Francis, stressed certain aspects which they viewed as central to an authentic living of this Gospel brotherhood. The Capuchin Constitutions define this unique identity as follows:

Let us strive to give priority to a life of prayer, especially contemplative prayer, to cultivate, together with a spirit of minority, radical poverty, both personal and communal; and, out of love of the Lord’s cross, to manifest a life of austerity and joyful penance… While exercising among ourselves the freedom of brothers, let us joyfully live among the poor, the powerless and the weak, sharing their life, and let us maintain our special approach to people. In many ways, above all in the work of evangelization, let us promote an apostolic dynamism that is carried out in a spirit of service

Capuchin spirituality takes its most concrete expression in the life and witness of the Order’s many canonized saints. Among these incredible men, several commonalities are clear: centrality of the Eucharist, fervent devotion to Our Lady and her Rosary, long hours in prayer, bodily mortification and an austere lifestyle, and a special affinity and closeness to the common people, especially the poor. 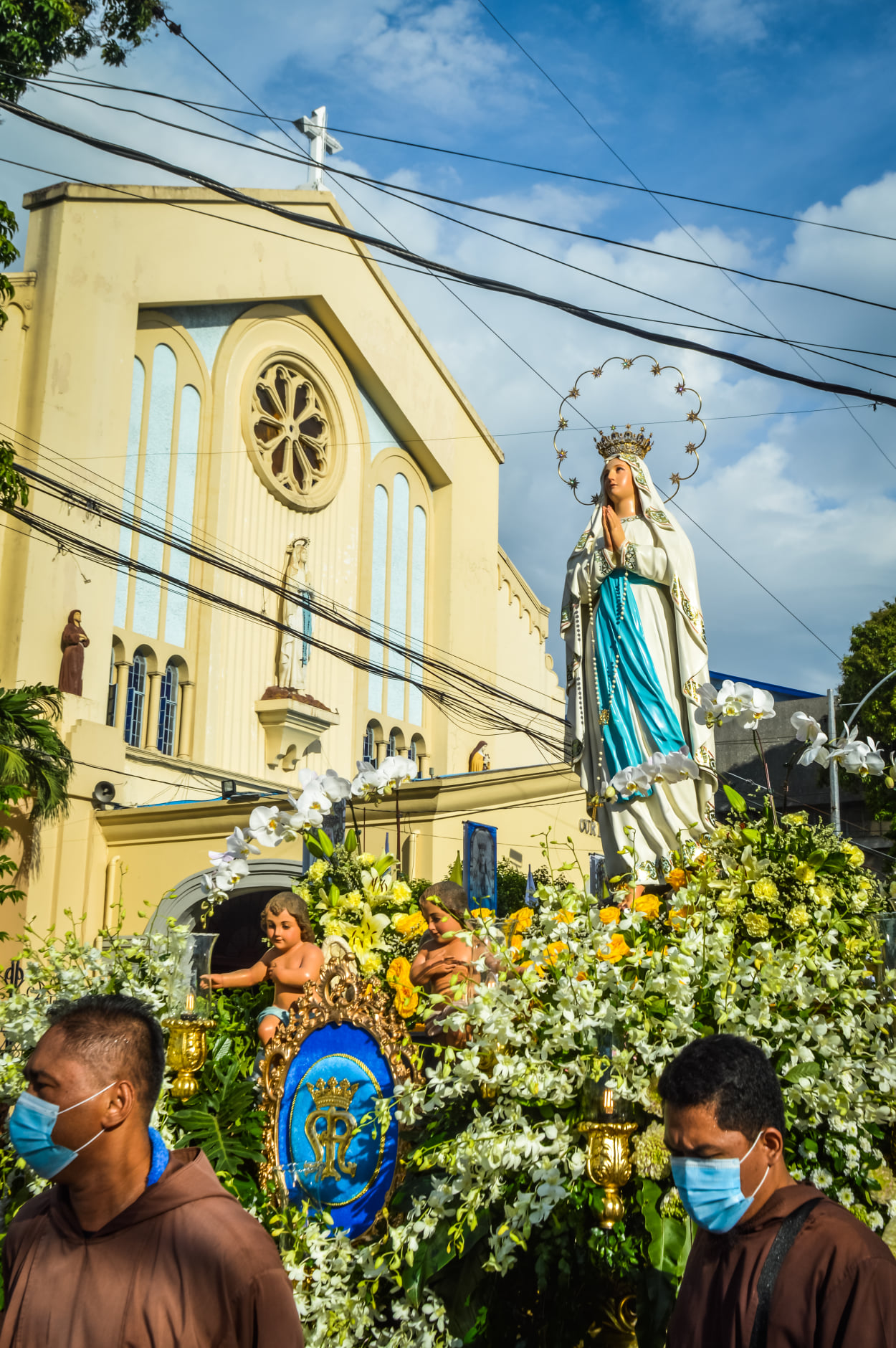 Among those devotions rich in Franciscan, and especially Capuchin Franciscan, tradition is devotion to the Virgin Mother of God. St. Francis of Assisi was among the greatest Marian devotees in the history of the Church and, according to the Second Vita of Thomas of Celano, had a love for her that was beyond words. “Inexpresseble,” he writes of Francis’ love for the Blessed Virgin, “for it was she who made the Lord of majesty our brother.” St. Francis chose her as the patroness and Queen of the Friars Minor and exhorted his friars to always possess a true and living devotion to the Mother of God. This loving devotion is imbued in his famous Salutation to the Blessed Virgin Mary.

Let us, in particular, venerate, especially through liturgical worship and the rosary the Virgin Mary, the Mother of God, conceived without sin, daughter and handmaid of the Father, mother of the Son, and spouse of the Holy Spirit.. let us especially promote devotion to her among the people.

In imitation of their holy founder, the Capuchins have promoted and popularized Marian devotion throughout the Church in the last four centuries. Indeed, it was due in large part to the writings of the Franciscan theologian, Blessed John Duns Scotus, that led the Church to proclamation the dogma of the Immaculate Conception. All of the Capuchin saints, have had a strong and fervent devotion to the Blessed Virgin and she has been integral to their Franciscan spirituality. Promoting devotion to her has been incorporated into the Capuchin Constitutions:

The Capuchin Reform put strong emphasis on a return to a contemplative life and the primacy of prayer in the brother’s daily life. St. Francis was able, with the grace of God, to do just that- so much so that he was seen to be “not so much praying as becoming totally prayer.” (Thomas of Celano- Remembrance of the Desire of a Soul, #95) Capuchins are men of action, but in order for us to be effective ministers in the world we first need to be contemplatives, or those who aim to see God’s presence and action in all parts of our world. We foster that contemplative sense through many forms of prayer: meditation and mental prayer which makes us aware of God’s presence within us and in the world we live in; the celebration of the Eucharist which helps us to become united to Christ and to one another in Christ; and the celebration of the Liturgy of the Hours in which we offer the prayer of the Church and sanctify the hours of the day. Private prayer and devotions are encouraged and each friar is expected to make a retreat once a year. Prayer is obviously a priority for the Capuchins and we make sure that we are faithful to this part of our life. We know that without prayer we can do nothing. 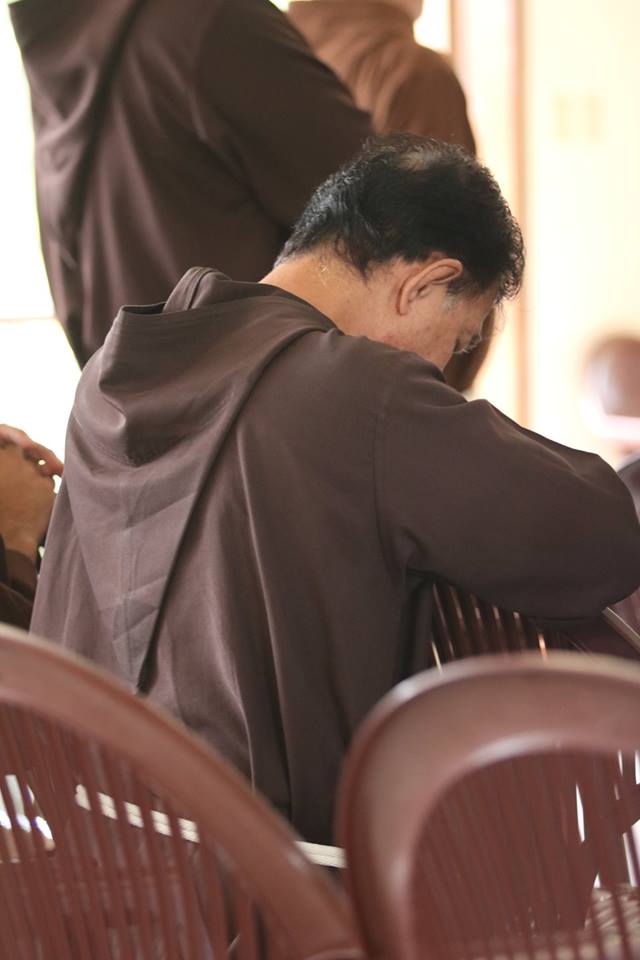 It is especially appropriate to imitate our first brothers by a return to their original inspiration, that is, to the life and Rule of our Father Francis. Following their footprints, let us strive to give priority to a life of prayer, especially contemplative prayer. 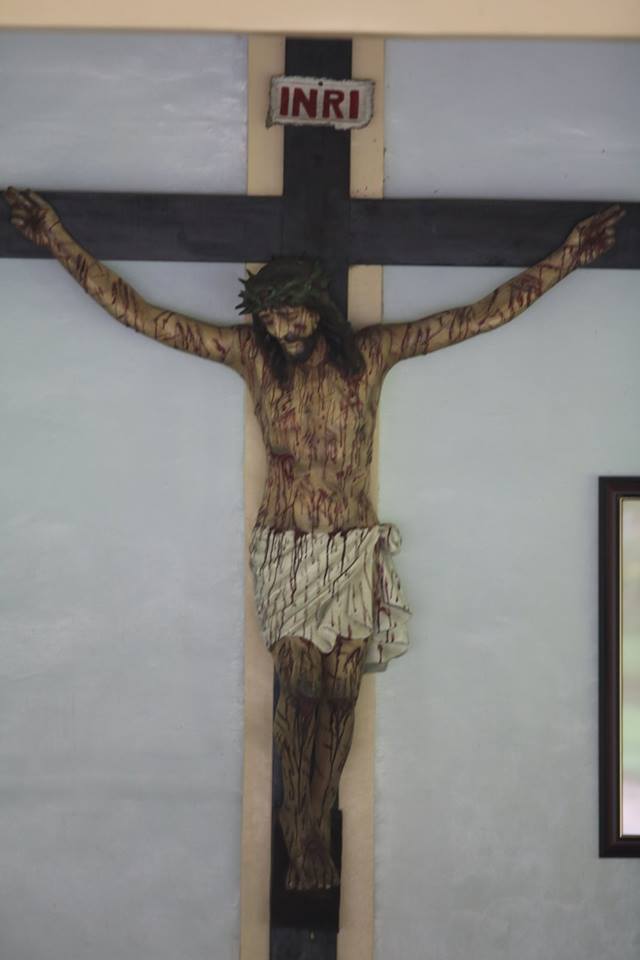 When St. Francis contemplated the Crucifixion he used to weep, lamenting that, “Love is not loved.” After his conversion, Francis modeled the friars’ habit according to the pattern of the Cross. Finally, near the end of his life, Francis himself was imprinted with the marks of the Cross, the stigmata, on his hands, feet and side. St. Francis saw in the Cross the humble, self-emptying love of God for the sake of his creatures. Throughout his entire life, he never ceased to contemplate this marvelous mystery. He had one desire: in everything, to be conformed to the Cross of Jesus Christ. The Capuchin Constitutions challenge the friars to live out this same spirituality in their day-to-day lives.

Burning with the love of Christ, we contemplate Him in the self-emptying of the Incarnation and the Cross in order to become more like Him.

The Capuchin Reform stressed a return to the poor, austere lifestyle embodied by St. Francis of Assisi. As the Capuchin Constitutions state: Let us cultivate radical poverty, both personal and communal, and out of love of the Lord’s Cross to lead a life of austerity and joyful penance. Our First Plenary Council also states that: Hearing with our own ears “the cry of the poor, rising up more urgently than ever” and seeing with our own eyes the subhuman condition of so many men and women “in their personal distress and collective misery,” (Apostolic Exhortation of Paul VI, Evangelica testificatio, 17), we felt the urgent call of the Spirit urging us to an ever more authentic faithfulness to our vocation. In a new and more insistent way we understood why our Constitutions call us to seek new forms of presence and activity, so that we may offer genuine assistance in the work of evangelizing and elevating human society. 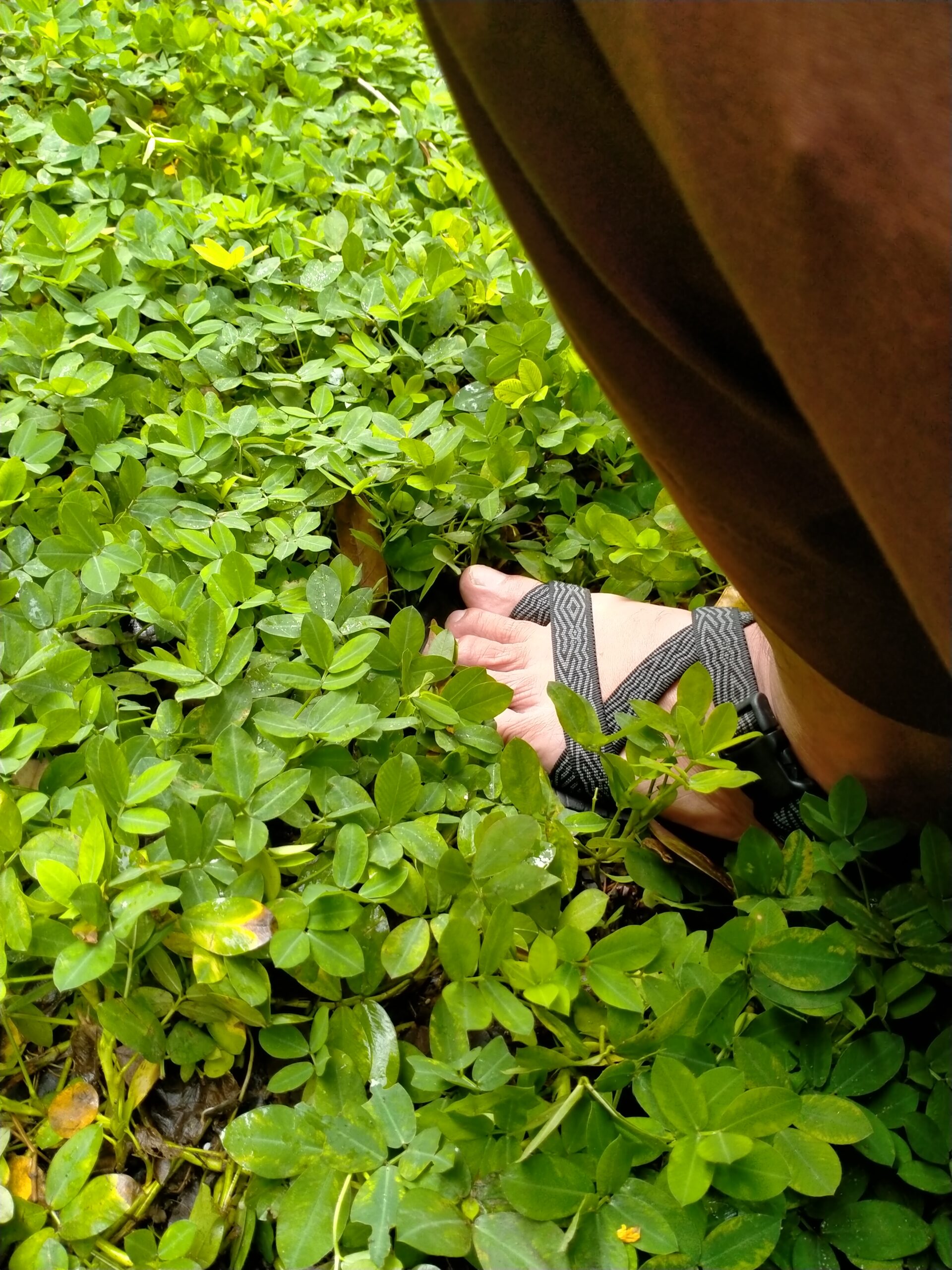 Let us cultivate radical poverty, both personal and communal, and out of love of the Lord’s Cross to lead a life of austerity and joyful penance. 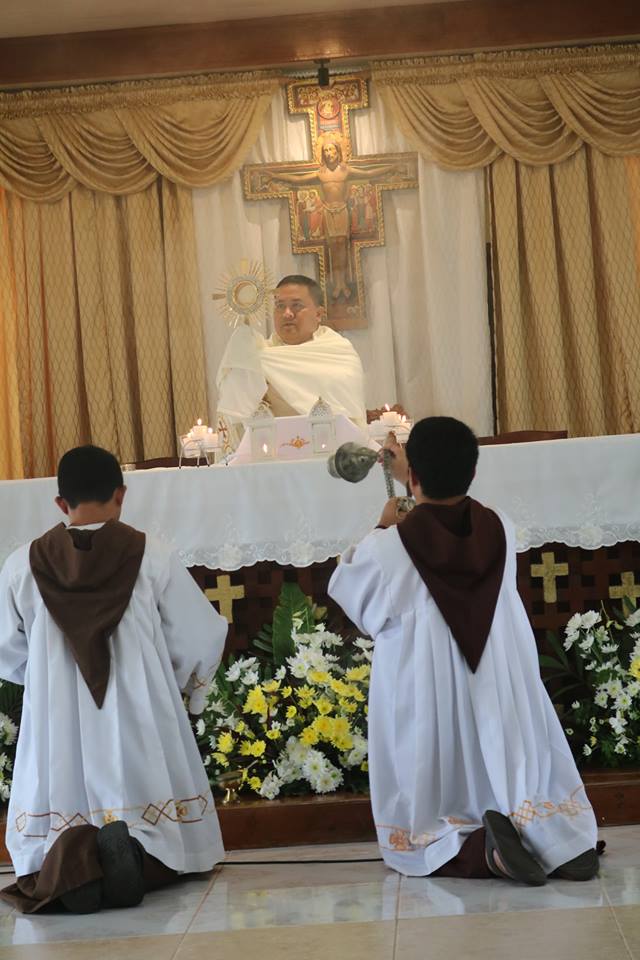 St. Francis was amazed by the humility of God. In particular, Francis was overwhelmed by God’s condescension in both the Incarnation and the Cross. That God should become a helpless, tiny baby or would pour Himself out upon the Cross was the sublime proof of God’s humility and goodness. For St. Francis, however, God’s humility and outpouring love were never more clearly apparent than in the Eucharist. In his Letter to all the Friars, St. Francis wrote: Let the entire man be seized with fear; let the whole world tremble; let heaven exult when Christ, the Son of the Living God, is on the altar in the hands of the priest. O admirable height and stupendous condescension!

After the example of Saint Francis, let us adore with faith, humble reverence, and devotion Jesus Christ present in the Eucharist. With Him, let us offer ourselves and our actions to God the Father through the Spirit, and frequently spend time in fervent prayer before Him, the spiritual center of our brotherhood. -Constitutions of the Capuchin Friars Minor