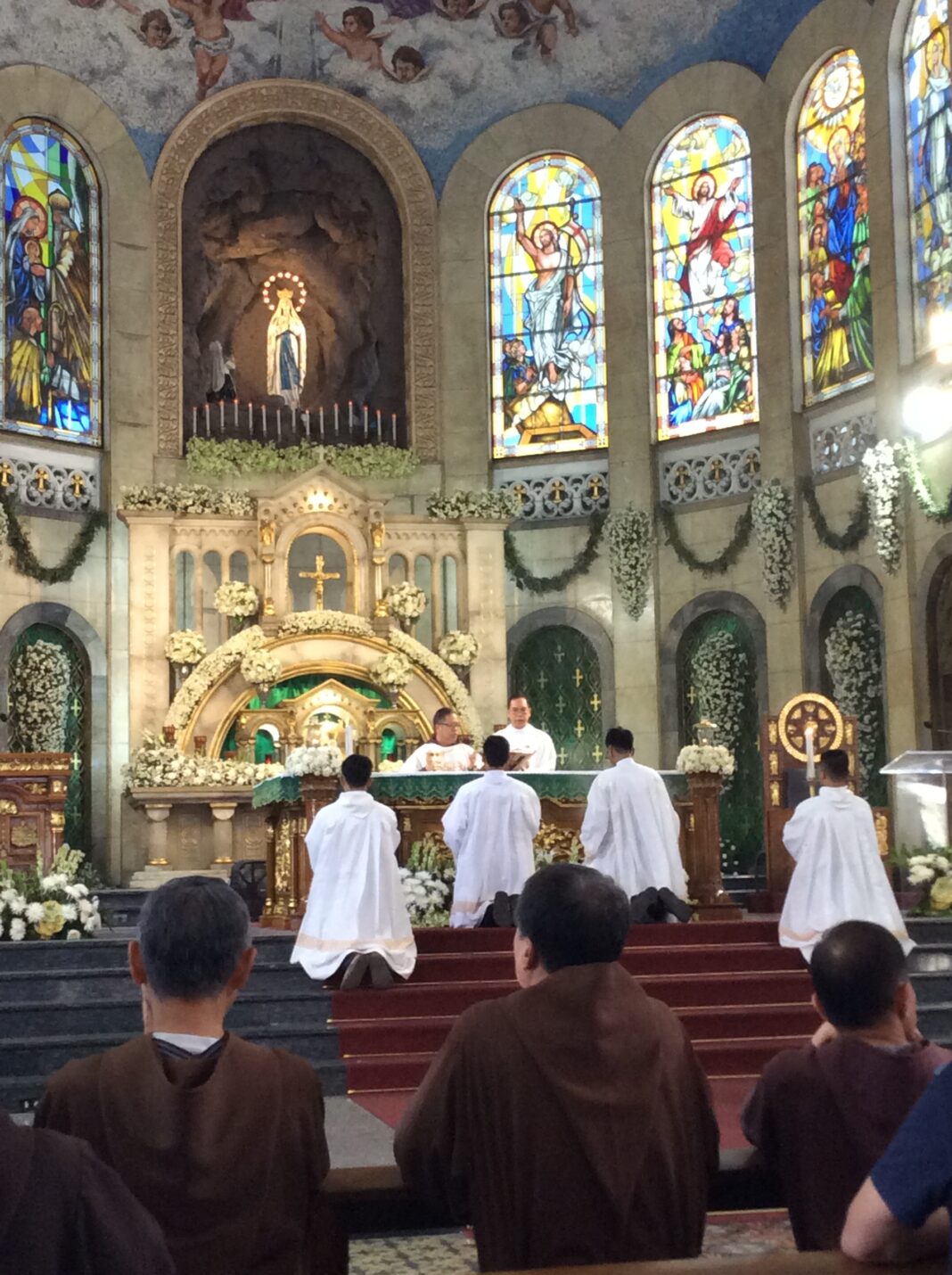 The brothers of the Philippine Province gathered last February 14, 2020 at the National
Shrine of Our Lady of Lourdes for the annual Provincial Celebration of the Feast of Our Lady
of Lourdes. Unlike the gatherings of the previous years, special changes were added to this
year’s event. First is that the gathering was attended not only by the perpetually professed
brothers but the brothers in initial formation were also invited to participate. Second is the
solemn Eucharistic celebration was held inside the shrine and not in the parish hall as practiced through the years. Third is that after the Mass, it was not only the usual lunch but a Franciscan joy was held to enliven the brothers in this special occasion.

The Eucharistic celebration commenced at nine in the morning; it was presided by the
Provincial Minister, Br. Eugenio P. Lopez, OFMCap. and assisted by Br. Rolando B. Datu,
OFMCap. who served as deacon and homilist. Ministering in the celebration were Brs.
Rubencito G. Bartolo, OFMCap. and Jhomer M. Pereyra, OFMCap. as lectors; the second
year Postulants as mass servers and the Post Novice 1 and Theology scholastics as choir.

As a tradition during this celebration, the brothers were asked to share their experiences,
insights and reflections. Those who shared were Br. Roberto V. San Diego, OFMCap. who
highlighted the importance of the devotion to Mary; Br. Cesar F. Acuin, OFMCap who shared
and reflected about the events of the recently concluded parish fiesta; and Br. Alberto S.
Poblete, OFMCap. who gave an insight about the significance of the Sacrament of
Reconciliation and its impact in the fiesta celebration. In his homily, Br. Rolando B. Datu,
OFMCap. reflected on the celebration as a way towards unity and challenged the brothers to,
sincerely reflect about what is inside their hearts like Mary did in the gospel (Luke 2:15-18).

After the Mass, the brothers proceeded to the Seraphic Hall of Lourdes School of
Quezon City for the agape and Franciscan Joy. The program was organized by the Provincial
Commission on Organizing Activities headed by Br. Jose Raul R. Rico, OFMCap. and the
Post Novice 1 brothers. The emcees were Brs. Jusfer John A. Albert, OFMCap. and Michael
A. Ocampo, OFMCap. At the beginning of the program, Br. Eugenio P. Lopez, OFMCap.
gave an inspirational message. As the brothers were enjoying the hearty meal, they were
treated to songs; the Postulants and Post Novices 1 rendered contemporary ballads and
afterwards, it became an open invitation for those who would like to serenade the brothers.

The program concluded with the singing of the Salve Regina and final blessing by Br. Eugenio.
It was truly a Valentine’s Day to remember as the brothers gave their love to Mary, Our
Lady of Lourdes; the patroness of the Philippine Province. The celebration, both solemn and
fraternally joyful, became an expression for love, for the Lord, for the His mother, and for each
other as a Provincial fraternity. May Blessed Virgin Mary, Our Lady of Lourdes, continue to
guide, protect, and pray for the Province as it faces many challenges in its mission of living the
Gospel.