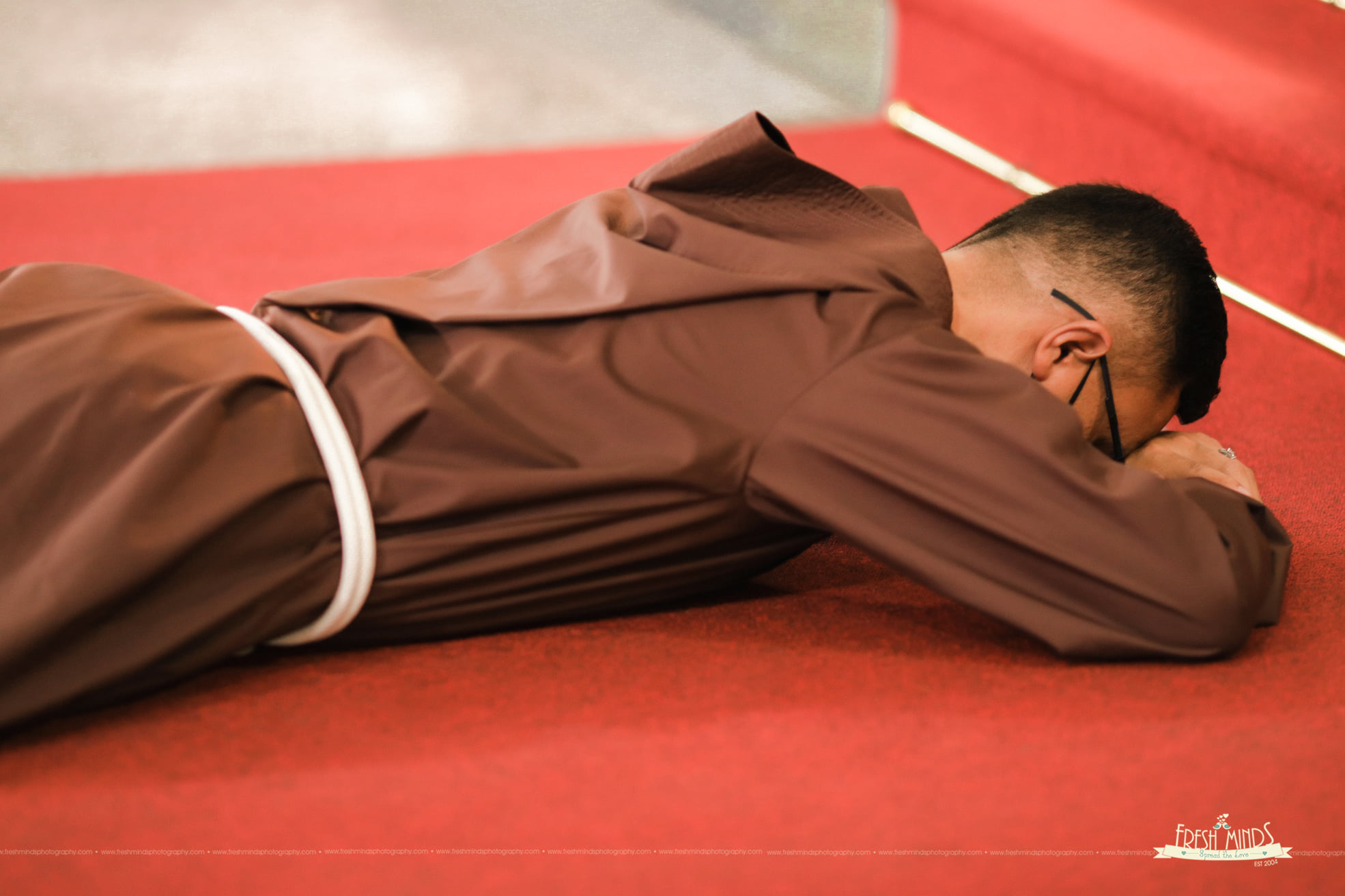 The Perpetual Profession of Br. Jusfer John A. Albert, OFMCap.

It has been two years since the Capuchin Philippine Province had the celebration of the rite of perpetual profession, and three years since a Filipino brother gave his definitive commitment in the Capuchin life.  This year, in spite of the ongoing struggles because of the COVID19 pandemic, the Province is blessed with the gift of a new perpetually professed member – Br. Jusfer John A. Albert, OFMCap.  Br. Jusfer is from General Santos City, South Cotabato and he entered the Postulancy in 2011 and made first profession in May 18, 2015.  He is the first fruit of the modification of the formation program which was approved for ad experimetum implementation during the chapter of 2017.  Because of this change, Br Jusfer underwent six years in the Post Novitiate and, through the years of perseverance, he has been blessed with the grace of final commitment as a Capuchin brother.

The Eucharistic celebration with the rite of perpetual profession was held on May 22, 2021, the day before the solemnity of Pentecost, at the National Shrine of Our Lady of Lourdes, Quezon City.  Like the diaconal ordination last May 10, the celebration was only limited to the Capuchin brothers and those in initial formation. It was presided by the provincial minister, Br, Edgar S. Martinez, OFMCap. and concelebrated by two provincial councilors, Brs. Cesar F. Acuin, OFMCap. and Paul Vincent A. Perlado, OFMCap.  Standing as Br. Jusfer’s witnesses were Brs. Eugenio Juanilo P. Lopez, OFMCap. and Mario M. Mortalla, OFMCap.

Serving as acolytes were the post novice brothers while the music and songs were rendered by the choir composed of post novices and scholastic brothers.  Br. Noe E. Roxas, OFMCap. served as lector and Br. Ian Kenneth C. Pamintuan, OFMCap. as commentator.  The liturgical celebration was facilitated by Br. John Rey P. Baalan, OFMCap. as master of ceremonies.

In his message, Br. Edgar reminded the professandi of the significance of being a perpetually professed Capuchin, especially in the aspect of the fraternity life.  Through the grace of perpetual profession, the Province now embraces him as a brother and he in turn is called to journey with the brothers despite of the strengths and weaknesses.  Towards the end of the celebration, Br. Jusfer expressed his gratitude to the Lord, the Province and his loved ones for accompanying and supporting him through his years in initial formation.  His family, though not physically present because of the pandemic, was one with the brothers in the celebration through live streaming which was done by the NSOLL social communications-media team.

After the celebration the brothers were treated to a packed lunch which were prepared at the Lourdes School of Quezon City High School canteen.  It has been a simple and yet solemn celebration as the Lord has truly manifested his faithfulness to Br. Jusfer and the Province with the gift of his Capuchin vocation.  Br. Jusfer will be assigned to the St. Lawrence of Brindisi House of Studies, Tagaytay to continue his studies in Theology. May Br. Jusfer’s perpetual profession be an inspiration for the brothers to be constantly renewed and respond to the Lord’s call as Capuchin Franciscans.