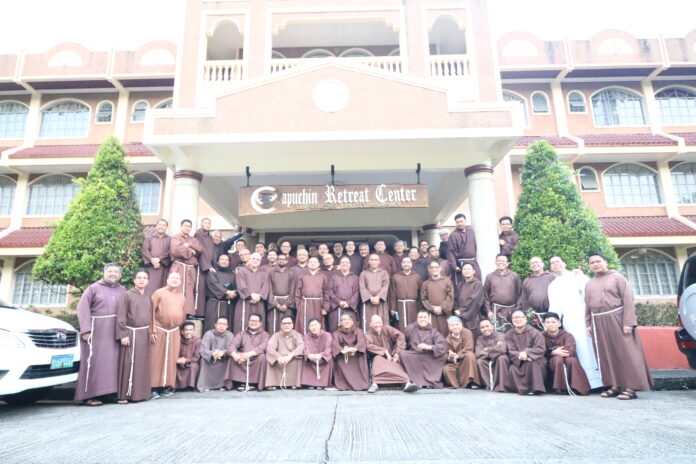 The brothers of the Philippine Province gathered last January 6-9, 2020 for the preparatory assembly for the coming 13th Provincial Chapter this coming May.  This year’s gathering was held at the Capuchin Retreat Center, Lipa City, Batangas.   This year’s assembly is different from the usual annual Easter Assembly because the Provincial Council decided to hold it at an earlier date.  The decision is due to the need to have a longer time to prepare for the provincial chapter, especially the commissions who are entrusted to present the relevant issues that will be tackled this May.  The pre-chapter assembly is essentially a time to set the directions which the Province will take for the coming Provincial Chapter.

The assembly commenced in the evening of January 6 with the solemn vespers presided by the Provincial Minister, Br. Eugenio P. Lopez, OFMCap.  The next day, January 7, was devoted to the reports of the brother guardians of the different fraternities.  The guardians were divided into clusters – the Northern Luzon/Curia; Metro Manila; Cavite; Laguna-Batangas and Mindanao groups. The whole day became a moment for the Province to learn about the important events, struggles, issues and concerns of the fraternities.  It was a reflection of how the brothers strive to be faithful to the Capuchin ideals in their respective contexts.

The following day, January 8, was allotted to the reports of three significant commissions of the Province – the Provincial Commission on Religious Brothers headed by Br. Rolando O. Donasco, OFMCap.; Provincial Commission on Formation under Br. Antonio C. Yapchiongco, OFMCap.; and Mindanao Commission which was reported by Br. Jeffrey G. Torres, OFMCap. who represented their head, Br. Sergio P. Arenga, OFMCap.  The three commissions shared updates, concerns and the challenges that they face in their respective fields.  The other half of the morning was given to the individual ongoing formation groups of the Province as they were given questions for reflection about what they perceive to be important concerns and directions that the Province should take.  The different groups shared the fruits of their sharing in the plenum held in the afternoon.

The last day of the assembly, January 9, was given to three presentations – the update on the Revision of the Provincial Statutes which is a under a commission headed by Br. Edmundo A. Tiamson, OFMCap.; the proposal on the Bugallon farm given by Br. Eligio P. Landingin, OFMCap. and report of the Tulay Lingap ni Padre Pio by Br. Edgardo V. Dumaual, OFMCap.  The assembly was culminated by the midday thanksgiving Eucharistic Celebration presided by Br. Eugenio P. Lopez, OFMCap.  During the mass, the brothers listened to the synthesis of the discussions prepared by the assembly secretariat and to the invitation for the coming canonical coronation of the Blessed Virgin Mary, Our Lady of Lourdes on May 2, 2020.

The pre-chapter assembly, or as others dubbed it to be a “Christmas Assembly”  for it was held during the Christmas season, has become a time for the review of life of the Province and reflection to look forward to end of the triennium.  There are still a lot of matters to be addressed but, the important thing is that the brothers had a time to look inward to see their lives both individually and as a fraternity and face the challenges that lie ahead.  The constant call is for renewal and may this assembly be a time for the brothers to welcome the spirit of vigor and be ready for the coming Provincial Chapter. 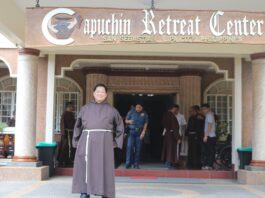 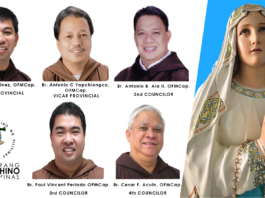 Turning to the future: The New Provincial Administration of the Capuchin... 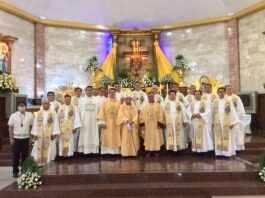